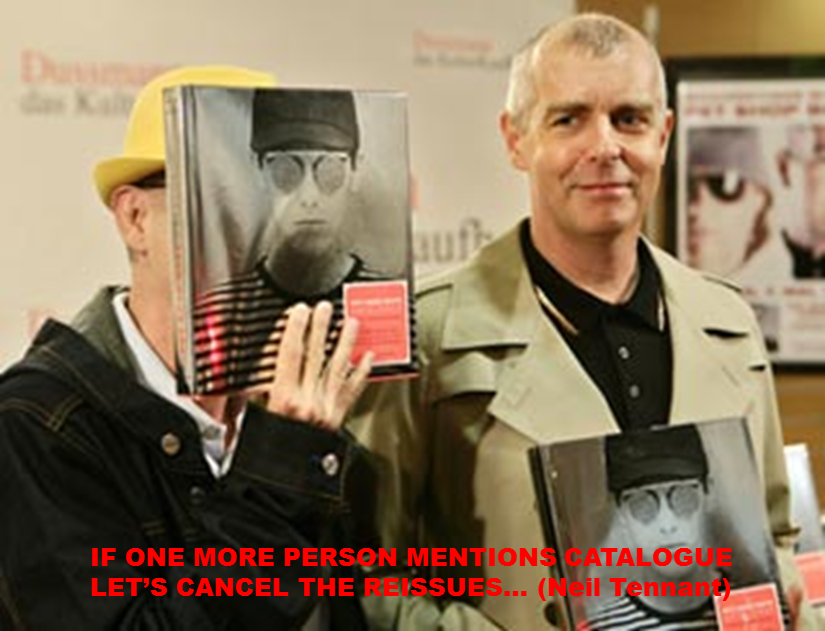 In Hong Kong, we can borrow the Catalogue from the public library, which I have done for several times. Always having a good reading about their obscure stories.
A small voice of calm and reason.
Top

Tracklists are more or less the same as published earlier. Differences are:

Nightlife:
For all of us (demo) added
Little black dress (removed)

Have pre-ordered all 3.
Top

We know you have.
Top

Isn't it weird that appearantly they can't manage to get an official message out before these things turn up on webshops? Shouldn't be that difficult you'd think.
Top

Wonder if the amazon listing might be wrong...? It does all seem too good to be true.
Top

I've pre-ordered all three from Amazon, so I'm expecting them to deliver something!
Top

Interesting to note how some of the tracks on the Amazon tracklists are NOT referred to as "2017 Remastered Version". Because they haven't been released before?
Top

Those track-listings look amazing. There are several tracks there that I've never even heard of like Playing In The Streets, Kazak (demo) and Reunion (Electro Mix). Hope they are really coming out in July.
Top

lucienchardon wrote: ↑Mon 12 Jun 2017, 9:24 pm Those track-listings look amazing. There are several tracks there that I've never even heard of like Playing In The Streets, Kazak (demo) and Reunion (Electro Mix). Hope they are really coming out in July.

Playing in the streets dates back to the pre Nightlife era. It will probably resemble the surreal intro to Boy strange which is what evolved into. As for Kazak and Reunion, these is no record anywhere of these tracks. Perhaps they've named then only now and they were previously known as aomething else..

I reckon Yes FL witj definitely be a 3 disc release. There is so much stuff, and if most of ot is released it would be two discs of near 80 mins each...

And there's also Fugitive (seven-inch mix) on the Beautiful People CD-single but it's unclear when that mix was made. It belongs to the Fundamental set of tracks. The release does say ℗ 2009 for all tracks though.
Top
Post Reply
2456 posts