These Magic Moments, Part I

These Magic Moments, Part I

This is a stop sign, of sorts, so it's written in red. From my personal perspective, I tell the whole truth here because to do otherwise would reduce the power of song and thus the premise of this post. It's a bit like standing on quicksand, so I won't say that I'm not kicking and screaming, but there's a greater good. The nature of the content is mercurial. Consequently, expect the unexpected in that both text and music can veer sharply left and right, soar and dive, advance and retreat in time. You might get yanked around, but it has evolved, like "The Blob", into something I never originally planned. The textual density makes for a taxing read. Notwithstanding the caveats, I was determined to make this entertaining for most readers, so there is an abundance of eclectic musical choices, surprises, and good old-fashioned PSB fun. I promise. However, the programming makes one sitting impossible, so this will be part one of two.

Are you very sure you want to take the ride? OK, then, here we go!

In the movie "Rounders", Matt Damon explains to his girlfriend why he's addicted to poker, calling it a "skills game". I'll paraphrase. The poker table offers moments when he feels truly alive, while all the rest is "just waiting." Indeed, we do, sometimes, seem to be "just waiting", as events swirl about, some evincing key personal moments that ultimately get squirreled away in some subconscious lockbox and forgotten. To set the mood and tone, I turn to Frank Sinatra's blockbuster interpretation of Bob Hope's signature "Thanks for the Memory". The most important idea in the entire post is control. Watch how Frank asserts control over himself and the music and then employs the vocal range necessary to tell the story and gain control over the audience. Remarkably, he has done this since his days as a boy singer at New York's Paramount Theater:

Indeed, this post is about those long forgotten magic moments and how songwriters, along with performing artists, in particular, the Pet Shop Boys, join creative hands to tap into the lockbox, capture those moments, and return them to the light of consciousness, for better or for worse. I quote myself from the post entitled "Comparisons Redux: Chris, Neil and Frank": "Forty years later, Chris Sean Lowe and Neil Francis Tennant arrive as realists and surrealists who pick an existential moment, supercharge the synapses, and proceed to juxtapose and weave ideas into a compelling [if quirky and off-kilter] intro- and extrospective tale, all battle-tested on the live stage." Tennant, I would argue, handles control and the art of storytelling in much the same way as Sinatra. But there's an uncanny twist. Lowe and Tennant can be "operators", you can get hooked quickly, pressure can be applied, strings can be pulled -- hard, as we'll see in Part I and II. "In my view, this puts the duo in the same league as Sinatra." Here are three examples for better understanding of these points.

First, by sheer happenstance, I heard this song, which would become the genesis of this post, at the local supermarket. I later identified it as Mike & the Mechanics' "Silent Running" (1985).* I'll ask you to view to this powerful video version, and then I'll make a couple of remarks on the other side:

I make a point of reading recent YouTube public comments, and this one made just six months ago caught my eye. I quote a Mr. Snyder, as saying "My Dad passed away in March 1983 [my own in the summer of '83], and this song reminds me of him. R.I.P. Dad. I miss you so much." This powerfully evocative song and the response to it make my point.

Next, we see the surgical pinpointing of a key life event and its consequences. Together, songwriter and performer home to the sweet spots and start pulling the trigger, not once, but multiple times. The songwriter is Willie Nelson, and the artist is Patsy Cline. What better song to illustrate falling to pieces than "I Fall to Pieces" ("Time only adds to the flame") (1961 single) [skip ad]:

It's the fall of '65. I'm 22. I could've gone to staid and stately Brown, but I chose NYU's Washington Square campus for grad school and the fulsome, kaleidoscopic Manhattan playground. I become a "New York City Boy" (Nightlife (1999)).

Bulls eye. No waiting. Hooked right out of the gate. A is an unplugged, small, live venue, but the sound is not top quality. I'm going with A (TOTP) (grandma in shades; go-go boys) just because it makes me feel good, and Neil is uber-cheeky. If you're the least bit squeamish, you'll be happier going with B (use Chrome, maybe IE) or D (spiffy Lange Mix with collage effect). C is movie quality, good sound, and it was very hard to find (Hit play; otherwise, don't monkey with the settings.)

It turned out famously what with a shared first tier brownstone on 11th St., just off Fifth Avenue, smart preppy Jerry, with his Brooklyn bona fides, making grad school bearable (always remembered), "Midnight Cowboy" opening in '69 ("My Own Private Idaho," though written in the '70s, wouldn't see the light of day until '91), movies at the Thalia on the Upper West Side (Bergman, Godard, Truffaut's "Les Quatre Cents Coups" (1959) (Jean-Pierre Léaud)), Smilers Deli, the weekly Voice pickup at the Village Cigar (look for the shot in the clip, along with the WS Arch), Sheridan Square, Gino's at 12th St. and Sixth Avenue, complete with wise guys (all packing) ("Goldfinger" on the jukebox), Christopher Street.... and then....I was so lucky ..... Lou, a sweet Jewish boy from across the Hudson, an undergrad at Rutgers, sparks fly, time passes ("A tropical storm was passing through/And so were you...") ^.....

.....and all of it playing like an early parallel atmospheric montage-like foreshadowing of Woody Allen's "Manhattan"** (1979, Ruby Anniversary), but with a twist [skip ad]:

I finish with "Domino Dancing" which so stronly echoes the sentiments of loss and the ephemerality of romantic encounters we heard in "I Fall to Pieces." The "domino effect" ("all fall down"), as unforgivingly suggested in the metaphoric chorus, just lends more support to the idea that songwriter/vocal artist can team up and challenge the listener to relive those most precious of forgotten moments, for better or for worse. Both artists express genuine melancholy, albeit Tennant's delivery is decidedly understated, and the seductive trap is hiding in plain sight.

After sixty years, I allow myself to fall under the spell, and this song, for me, provokes a particularly overwhelming sense of loss...maybe loss of innocence... like Christmas ornaments falling, scattering, breaking. What might have happened to Lou and David? Well, I'll let Neil handle that within the lyrical context of this florid, extended mix of "Domino Dancing" ("I've watched you dance with danger still wanting more/Add another number to the score") from the 1988 album Introspective:

This concludes These Magic Moments, Part I. All musical footnotes and references, except the two below, can be found in Part II. Among these are the final scenes of "Manhattan" which are important to the premise of this post and Part II, in particular the penultimate Gershwin ^^ tune, "They're Writing Songs of Love (But Not for Me)"**, which fades in as Isaac Davis (Woody) peers at Tracy through the glass door. The song will then be performed in its classical entirety by Elton John. Originally written in 1930 for the Broadway show "Girl Crazy" and sung by Ginger Rogers, I wonder what it would sound like if Tennant/Lowe (Lowe/Tennant) were to spin their magic on this venerated song and create an up-tempo masterpiece for GenZ in the style of "Always on My Mind".

^ "You'll Never Find Another Love Like Mine" (songwriters Kenny Gamble and Leon Huff, released on the album All Things in Time, May 1976)
^^ https://marvinhamlisch.com/reviews/the- ... composers/ 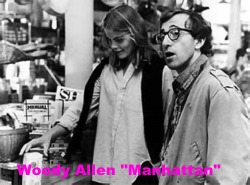 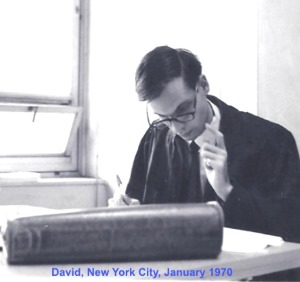 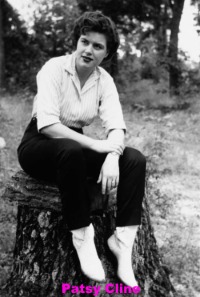 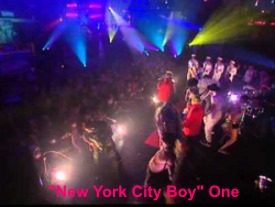 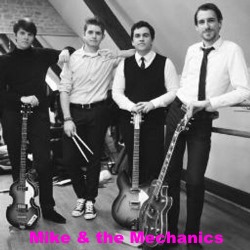 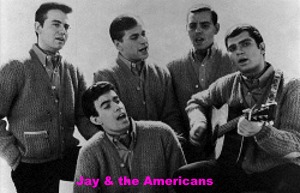 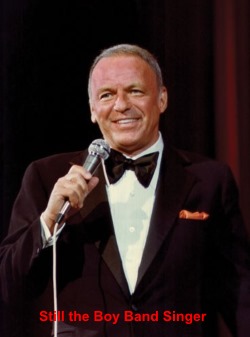 What is wrong with you...
And tryin' to figure out what happened to 'Germaine Propaine'
"He couldn't have fell off that hard" Ain't no way
"What happened to the way you was rappin' when you was scandalous
That Canibus turned into a television evangelist"
Plus he raps with his regular voice [BOOSH! BOOSH!]
[BOOSH! BOOSH!] (What was that?) Pet Shop Boys
Top

I'm no expert but I think you may need some sort of professional help.
There is beauty in ugliness and ugliness in beauty.
Top

Expressing passion, explaining pain
This is my kind of music
Top

Come back nickname. All is forgiven..!!
There is beauty in ugliness and ugliness in beauty.
Top

I kinda liked the read.
Top

Only thing I'm reminded of is the parody version of Magic Moments we used to sing at school:

"I'll never forget
the smell of the sweat
from under your armpits..."
And at the end/ Your funny Uncle staring / At all your friends / With military bearing
Top

"I'll never forget
the smell of the sweat
from under your armpits..."

I assume you went to a private school Mr Fancy Pants?! At our's it was a not very genteel...

"I'll never forget
the smell of the sweat
from under your armpits..."

I assume you went to a private school Mr Fancy Pants?! At our's it was a not very genteel...

No, a grammar school. There are a few versions "out there", some guaranteed to offend more than others. ..
And at the end/ Your funny Uncle staring / At all your friends / With military bearing
Top

I love these topics
http://www.popcorn-song.com
Top

Nurse!
Just for the sake of it, make sure you're always frowning.

Is this the lovechild of Nickname and Bohemians?

So do I with the comments.

I don't get what the topic is about though.

My take away from this is that "Extrospective" may be the name of the next album.

All their knew titles will be followups to the past titles:

Please - Thank You
Actually - NotReally
Instrospective - Extrospective
Behaviour - Stillness
Very - Slightly
Bilingual - Unilingual
Nightlife - Daytime
Release - Pentup
Fundamental - Unimportant
Yes - No or maybe Yaaaaaassss
Elysium - Hell
Electric - Analog
Super - Sharty
And tryin' to figure out what happened to 'Germaine Propaine'
"He couldn't have fell off that hard" Ain't no way
"What happened to the way you was rappin' when you was scandalous
That Canibus turned into a television evangelist"
Plus he raps with his regular voice [BOOSH! BOOSH!]
[BOOSH! BOOSH!] (What was that?) Pet Shop Boys
Top
Post Reply
18 posts