"Dancing in the Dark"

"Dancing in the Dark"

Once I Pass’d Through a Populous City

"ONCE I pass’d through a populous city, imprinting my brain, for future use, with its shows, architecture, customs, and traditions;
Yet now, of all that city, I remember only a woman I casually met there, who detain’d me for love of me;
Day by day and night by night we were together,—All else has long been forgotten by me;
I remember, I say, only that woman who passionately clung to me;
Again we wander—we love—we separate again;
Again she holds me by the hand—I must not go!
I see her close beside me, with silent lips, sad and tremulous."

(Walt Whitman (1819-1892), Leaves of Grass, first published in 1855. " A humanist, he was a part of the transition between transcendentalism and realism, incorporating both views in his works. Whitman is among the most influential poets in the American canon, often called the father of free verse" [1].

Now watch closely as Fred Astaire and Cyd Charisse seem to blend into one dancer in this clip from the 1953 MGM movie "The Band Wagon"; songwriters Schwartz and Dietz introduced "Dancing in the Dark" in the original 1931 revue "The Band Wagon" (HD/switch to movie screen). I doubt that we will ever see the likes of this again on the silver screen:

The musical expression is just as important as the dance art; therefore, to further set the mood and tone for the post to follow, listen to Frank Sinatra sing the lyrics to "Dancing in the Dark" from a radio broadcast in 1944 ["We can face the music together"].

Indeed, this post is, broadly, about love, but more particularly, it focuses on, as the next song suggests, "Half of Something Else." It is Plato's Other Half: "And now ‘love’ is the name for our pursuit of wholeness.” Here are three instances of that pursuit, albeit from different perspectives, in contemporary song, including works by The Airborne Toxic Event, Years & Years, and, of course, the Pet Shop Boys.

I first heard this song while the credits were rolling for a film called "Going the Distance" (Justin Jacob Long [Garrett] and Drew Barrymore [Erin], 2010). The plot line of the movie involves an East/West Coast separation of two lovers and the struggle to maintain the unity of the relationship. This movie also showcased The Boxer Rebellion (see my post "These Magic Moments, Part II"). In a 2008 interview with Mikel Jollette, the writer suggests that the inspiration for the song came from a novel called White Noise [2].

The band takes its name from the eponymous second part of the novel, an actual airborne toxic event, which sets the stage for the third part of the book, a "meditation on modern society's fear of death" [ibid.]. According to Scott Thill, who interviewed Jollette in 2008, the band, which originated in the Silver Lake neighborhood of Los Angeles, took the name The Airborne Toxic Event "to communicate bleeding-heart narratives of love [and] death ...." He further quotes Jollette as follows: "I think the fear-of-death theme hit me. Everything in the book changed when Jack [Gladney, the protagonist] thought he was going to die; he was already obsessed, but it made him think about his life differently" [3].

It is, perhaps, the idea of mortality that gives urgency to Plato's "pursuit of wholeness" as it plays out in "Half of Something Else". The song seems to literally explain Plato's thesis, i.e., the yearning for love, wholeness, the willingness to cross any bridge to attain it. Again, it is recommended that those the least bit squeamish choose B (album version). A is BBC One movie quality, so big screen.

2. Years & Years ("Take Shelter" from the album Communion released 10 July 2015, songwriters ANDREW SMITH, ANDY SMITH, MICHAEL THOMAS GOLDSWORTHY, OLIVER ALEXANDER THORNTON (Olly Alexander), RESUL EMRE TURKMEN,THOMAS EDWARD PERCY HULL ["I don’t really wanna stop myself/Nobody’s gonna tell me I need help/Are you coming over soon?/I meet you at the darkest time/You hold me, and I have to shut my eyes/I’m shy/ Can I be what you like?"].

To begin, I'll let this clip speak for itself.* "Halo", from Beyoncé's album I Am...Sasha Fierce (2008), turns out to be the perfect song, both for the background of this video and for the idea postulated in this post ["Everywhere I'm looking now/I'm surrounded by your embrace/Baby, I can see your halo/You know you're my saving grace...."].

I chose "Take Shelter" for the tantalizing, but all too fleeting, yin and yang of Plato's "pursuit of wholeness", i.e., the exchange of energies in love relationships. But the songwriters soon throw a counterintuitive curve ball. Enter the omnipresence of desire and the burden of contending with it.

For example, in the "Photographing the Night Sky" scene in "The Beach" (U.S. release 2000) with Françoise (Virginie Ledoyen), Richard (Leo DiCaprio) is thinking to himself, "When you develop an infatuation for someone...you always find a reason to believe that this is exactly the person for you. It doesn't need to be a good reason. Taking photographs of the night sky for example. Now, in the long run, that's just the kind of dumb, irritating habit that would cause you to split up. But in the haze of infatuation, it's just what you've been searching for all these years."

Desire, i.e., infatuation, can produce the energy that leads to romance, but not here; here, it's just divisive. The speaker is conflicted and thus unlikely to fully embrace Plato's ideal, as we see in this entrancing, provocative video that shows him working through a jumble of psychic distress and ambivalence, perhaps of his own making.

3. "The Way It Used To Be" (JCRZ 'Golden Age Ultra Extension' Remix, Yes, 2009 and JCRZ 'Golden Age Ultra Extension' Remix PLUS MY VIDEO, 2014); songwriters Tennant, Lowe, Cooper, Higgins, and Nick Coler. ["I'd survive with only memories/ if I could change the way I feel/But I want more than only memories/ a human touch to make them real....Don't give me all your northern pain/Don't sell me New York in the rain/Let's leave our promises behind/Rewind and try again..."]

I disagree with the writer quoted below in that this, to me, is a wistful recollection that harkens back to the sentiments expressed in "Thanks for the Memory" (see "These Magic Moments, Part I" in this forum) and "Stardust" (see "Comparisons: Chris, Neil and Frank" in this forum) in some respects. It's a retrospective of love once fulfilled. Now but a memory, the yearning to transcend the present and "rewind" to "try again" persists. As such, it remains true to Plato's "pursuit of wholeness", albeit in contemplative hindsight.

In an article written by Darren Harvey, published 23 March 2009 in Albums, the writer states the following about the song included in his overall remarks about the album Yes: "Lyrically, we’re in familiar territory, at least on the surface of things. Neil Tennant’s still just as preoccupied with the ecstasy and pain of falling in and out of love as a hormonal teen, nowhere more so than on Pandemonium, a sunny, arm-waving celebration of the havoc wreaked on everyday life by a new affair. The Way It Used To Be is its flipside, rueing the breakdown of a relationship, but with the minimal trance backing creating a contemplative rather than self-pitying tone."

FADE OUT: "The Spy Who Loved Me" (1977, Carly Simon, "Nobody Does It Better"; use movie screen) [Nobody does it better/Makes me feel sad for the rest/Nobody does it half as good as you/Baby, you're the best]

*To gain a better understanding of Y&Y music and the performance art of Olly Alexander, I recommend watching this interview conducted for airing by SBS Australian public broadcasting. The high production value, home movies, and photos make this a gem, but please approach it with an open mind. 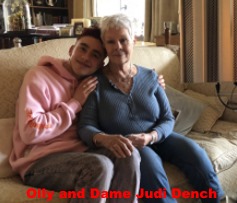 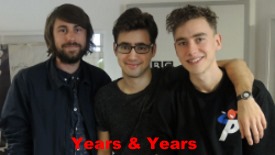 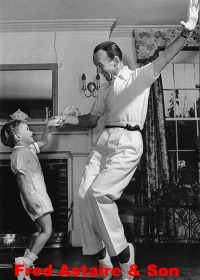 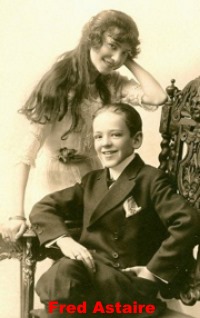 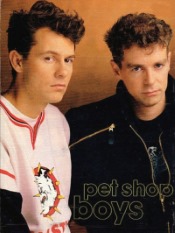 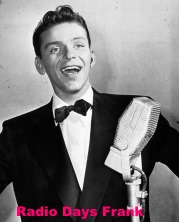 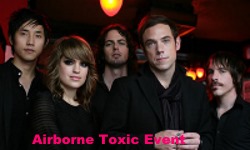 It's all getting a little tiresome now, my friend...
There is beauty in ugliness and ugliness in beauty.
Top

I accidentally opened this thinking it was a normal thread.

I demand to know what drugs you are taking.

This is what happens when you go to uni, but also you had a lobotomy.
And tryin' to figure out what happened to 'Germaine Propaine'
"He couldn't have fell off that hard" Ain't no way
"What happened to the way you was rappin' when you was scandalous
That Canibus turned into a television evangelist"
Plus he raps with his regular voice [BOOSH! BOOSH!]
[BOOSH! BOOSH!] (What was that?) Pet Shop Boys
Top

Answers on a postcard please...
Just for the sake of it, make sure you're always frowning.

I thought it would have something to do with Dancing in the dusk, or Bruce Springsteen, or both, but neither the song nor the artist are mentioned at all.

Also at least Drico actually discusses things with and responds to other members in addition to his essays.
I'm a proud sycophant because I like Wedding in Berlin

Ffs
is is and isnt isnt
Top

A blues would be in B flat, pain defining wisdom,
but the soul is in the high hat, programmed in the system.
Top

Can the admin people do anything about this irritant..?
There is beauty in ugliness and ugliness in beauty.
Top
Post Reply
10 posts • Page 1 of 1