Deschanel wrote:I've noticed there are some younger posters here lately and they might find it hard to believe that PSB actually had to "code" things then. It wasn't all right to be openly gay when PSB started, but they got it across in videos in ways that still surprise me by their subtlety.

I'm not that young, but not aware of the 'codes' given in PSB videos. Can you give more examples?

Like, for an example, at the end of the video for Domino Dancing. Are the two lads being led away by the police for fighting in the sea or canoodling in the sea? One assumes that in 1988 it was designed to be read one way for a mainstream 'straight' pop audience and the other way for the gay audience.
Top

I had a GF who became a fan after the Release album. English wasn't her first language.

I never did get round to explaining what a 'perfect performance' meant in The Night I fell in Love, or the whole song idea really.

She was an Eminem fan too. I sat with her in the cinema watching 8 Mile, with a smug grin on my face. Boring film, I disappeared to the toilet twice for a spliff to get me through it.

Explaining the meaning of the London lyrics was a challenge too. She liked the video.

We broke up after about 3 months, blaming the language barrier
Top


Currently working near the Old Bailey ... and took a walk on Newgate street this morning. Can happily confirm that I did not see any hangings
you could say conventional ... and I could claim intentional
Top

There's also the map from Annually 2018 where PSB takes us on a tour in London. 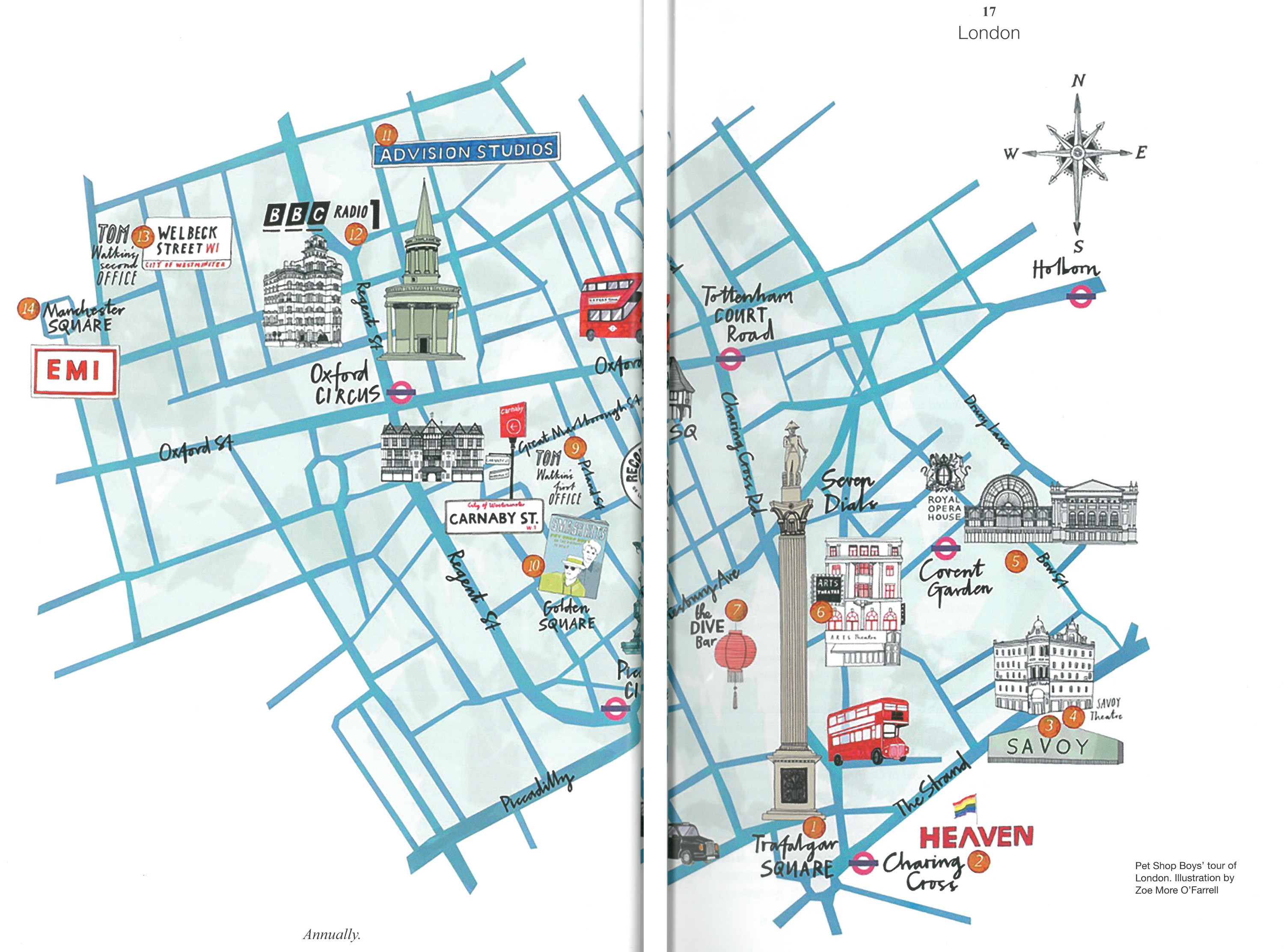 herts101 wrote:Reviving this thread as I was inspired by the reference to Waterloo Bridge in 'Hoping for a miracle' to think about doing a walking tour of London. I wanted to take in many of the sites referenced in the songs, the videos, or where the boys have put on shows. I used this thread for inspiration as well as Geowayne's list of places referenced by PSB songs, and the tour Neil and Chris did in Annually 2018.

It's quite long (3 hours), but you could shorten a bit by taking out the Houses of Parliament or not walking across Hungerford / Golden Jubilee Bridge.

Have I missed any more songs to listen to along the way? I think there's a video filmed on the South Bank which I should add in. I plan to do it sometime when the weather gets warmer in London with some good headphones and a Spotify playlist!

Stage 1: Kings Road to The Serpentine (40 minutes)
• Start on King’s Road where Neil and Chris met
• Walk East along Kings Road towards Sloane Square, looking south down Flood Street (The Ghost of myself)
• At Sloane Square turn left onto Sloane Street and follow North past Knightsbridge, all the way into Hyde Park and to the Serpentine (That’s my impression)

Stage 2: The Serpentine to Trafalgar Square (40 minutes)
• Head out of Hyde Park, crossing Park Lane and moving east onto Aldford Street, through the park up to Mount Street and enter Berkeley Square (Bright Young Things)
• Cross Berkeley Square and exit on the east side along Bruton Street, right onto New Bond Street, left onto Vigo Street and cross Regent Street on Brewer Street, entering Soho
• At the end of Brewer Street turn right onto Wardour Street then left along Gerrard Street where the “Dive Bar” from West End Girls was located (West End Girls)
• Follow along Newport Place to the south east and cross Charing Cross Road turning left then quickly right onto Great Newport Street where Closer to Heaven was staged at the Arts Theatre (My Night)
• Turn right onto St.Martin’s Lane and follow south until you reach Trafalgar Square (Up against it), the site of the outdoor Battleship Potemkin performance (No time for tears, After all)

Stage 3: Trafalgar Square to Savoy Theatre (35 minutes)
• Cross the roundabout by and exit along Whitehall until you reach the Houses of Parliament (Shopping)
• Turn left towards the river but turn left again before the bridge and along the riverfront until you reach the Hungerford / Golden Jubilee Bridges
• Cross the bridge on one side and back on the other to Embankment Gardens (The Survivors)

Stage 4: Embankment Gardens to Savoy Theatre (15 minutes)
• Head through the tube station into Villiers Street and past the arches of Heaven nightclub where Was It Worth It was filmed (Was It Worth It?)
• Continue up to The Strand and turn right (The Theatre)
• Turn left on Southampton Street up to Covent Garden and walk round past the Royal Opera House where the Inner Sanctum tour was performed (Inner Sanctum, The Pop Kids)
• Walk back down to the Strand and past the Savoy Theatre, home of the Somewhere Tour residency (Somewhere)

Stage 5: Savoy Theatre to Kings Cross (25 minutes + 15 minute train)
• Walk east along the Strand to the start of Waterloo Bridge and cross the river (Hoping for a miracle) where Chris sang the tune of I made my excuses and left
• Walk east along the Southbank to Blackfriars Bridge and cross there (The Resurrectionist)
• Catch a Thameslink train from Blackfriars to Kings Cross (Kings Cross)

I really like this. You should keep going and expand it. I like the playlist idea as well. Other thoughts are the Mermaid Theatre, Royal Albert Hall and Tower of London; all PSB concert venues.
Woof.
Top
Post Reply
35 posts