The 2020 edition of Pet Shop Boys Annually will be published on April 17th and is available to pre-order now from the link below.

This year’s 64-page, hard-backed book will include:

- A year of theatre: “Closer to Heaven”, “My Beautiful Laundrette” and “Musik”, the Billie Trix one-woman cabaret, all open in the same year to excellent reviews

- Plus news and photographs, your letters answered, and more.

Full track-listing for the “My Beautiful Laundrette” CD is as follows:

Looks like a value package for 20 notes with the 7 track CD. 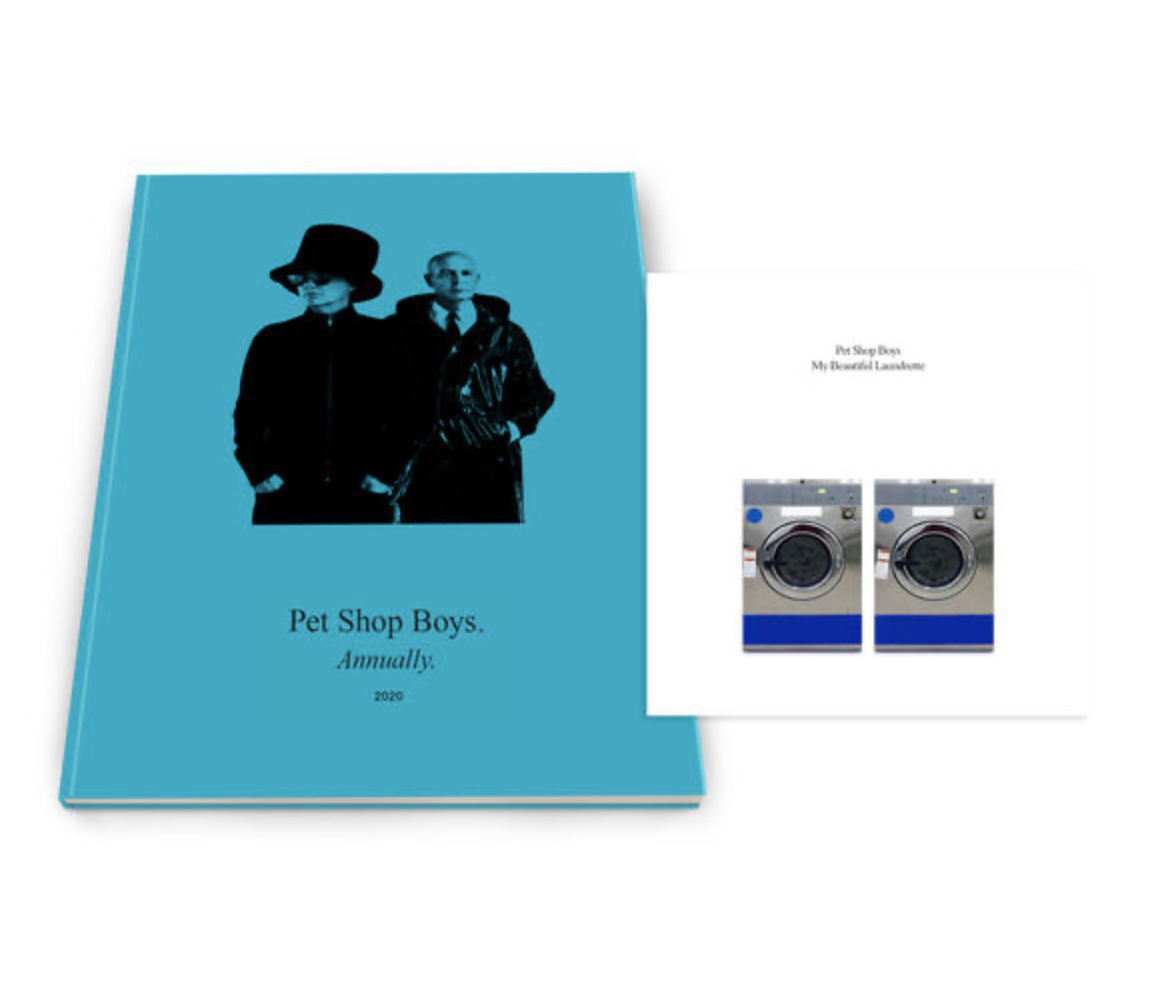 you could say conventional ... and I could claim intentional
Top

Dreams came true!!!
Some of you may remember I suggested the Annually to come with the My Beautiful Launderette soundtrack.
I'm looking forward to it, though this does still leave Neil's rendition of Musik unreleased.
The song Angelic Thug surfaced as a crude bootleg. I listened to it on loop for ages. I really like it!
Top

The Cd cover really seems to be an ironic spoof on Actually, is it not?
To me it seems tacky but I don't really care.
Top

The cover is perfect, honestly. They should spoof "Actually" as much as they want, it's their can of soup. And also spoof-worthy.
Top

What a pitty they didn't left the door from the right machine opened...

Really odd that they released No boundaries as a b side months before and also put it on here. That's oddly unsatisfying in a PSB OCD way
Top


Then let the doors closed
Top

One door should be open a. la. the Actually cover.
I sincerely *love* Disco 2 and listen to it straight through regularly.
Top


daveid wrote: ↑
Fri 21 Feb 2020, 6:48 pm
Really odd that they released No boundaries as a b side months before and also put it on here. That's oddly unsatisfying in a PSB OCD way

Chances are this will be an "original" version, prior to being repurposed for more conventional Pet Shop Boys usage as a b-side.

Think here of Closer To Heaven (and other songs from Nightlife that had their roots in the musical), No Time For Tears appearing as a b-side etc.

daveid wrote: ↑
Fri 21 Feb 2020, 6:48 pm
Really odd that they released No boundaries as a b side months before and also put it on here. That's oddly unsatisfying in a PSB OCD way

They don't have a master plan. They probably did not intend to release the whole thing at that point, but then changed their mind. I can't be more thankful!
Top

And not as “odd” as Did you see me coming? appearing on the FREE ‘Story’ and later being released as a single!
Top
Post Reply
376 posts