FADE IN: "Spitting Fire" (The Boxer Rebellion, Nathan Nicholson (vocals, guitar, keyboards);
songwriters, Nicholson and Howe; Union, 2009, Live session with acoustical blitz and an
instrumental finale that could be the sound of twinkling stars ["You're recruited/Head diluted through
a glass eye/Dreams in fiction/Lost religion/But I dont mind/ Cause I spit fire on lovers and liars"]):

This will serve as a reminder that Part I must be read first and that the advisement in red thereto
applies to Part II, even more so. Don't think so? Look at the title of the lead-in song again.

So, if you're sure you want to climb aboard, let's go!

To once again set the tone and mood, I draw on Ang Lee's Dionysian "Taking Woodstock" (August,
2009). Demetri Martin plays Jewish Elliot Teichberg, who in real life was Elliot Michael Tiber (at the
Stonewall Inn on the early morning of June 28, 1969, as claimed in Tiber's eponymous memoir). Lee
is true to the identity of Elliot Tiber throughout the film, and Demetri pulls it off with quiet elegance.
The '60s were turbulent years, culture clashes; Viet Nam plays out. And through it all in Bethel, NY,
Elliott Tiber (Teichberg) was, at least partially, responsible for the most iconic concert in American
history. The first clip is the backstory trailer, but the second clip (edited for general audiences) is the
subject of our present interest, magic moments, and it features actor Emile Hirsch as Billy, a Viet
Nam burnout ("The Hill"; "was....is"), and Demetri as Elliot.

Sometimes, if you want more bang for the buck, you have to pay the piper. Lowe and Tennant have
a rare gift, easily practicing a kind of songwriter/performer mutualism. A moment in time is seized and
deftly exploited, sometimes relentlessly driving, even pressuring, the listener inwards and then
expressively outwards again toward some inevitable emotional report. Add "street smarts" and a
leftward leaning hipsterism to the mix, and a combustibility erupts. Below, I share some personal
responses to a couple of PSB classics. Afterwards, it's your turn for an introspective deep dive in the
Wild Card section, if you're so inclined.

1. "It's a Sin" is the whole shot. I note it in several posts, and I'll continue to note it because it's
genius songwriting, pure and simple. Never mind the cardinal vices, as seen in the original video.
Verse and chorus just become one living, pulsating, visceral intensifier of human frailty and weakness.
I'm just sucked into it, even before "When I look back...." and the next unrelenting "So I look
back..." I tear up. No escaping, and I'm trapped in a flood of memories and just as many regrets ("I
could have been a don", "Opportunities"; no, really, I could have, but for this or that, but for the right
turn gone wrong. Cast one bad stone, and the ripple effect of its wake goes on forever.) Here is the
exciting LIVE@EXIT Festival 2014 clip. Listen for Tennant's signature "Here we go":

2. I hear the terse, pithy "Chained, framed, you know what I mean/ Push me in a corner and I'll
scream", and I have a burst of flashbacks. I see '50s Tractor Boy. Ah, sweet sixteen! Compared to
Bear Boy, still untested in the roiling teenage waters, time did Tractor Boy no favors in the looks
department. Goofy haircut, but on Planet USA in the '50s, all boys with long hair were the Antichrist.
"Crispy Clean" Cub Scout, Boy Scout, and DeMolay, not just a schlepper, but a ranking DeMolay.
Still, could neither throw nor catch a ball. No letterman here; instead, joined Mr. Conklin's little
theater club. Wouldn't you just know it? Friday nights at the Paramount. Head for the Milk Duds
("The Shaggy Dog" (Tommy Kirk); "Rio Bravo" (Rick Nelson); "A Summer Place" (Troy
Donahue)). Never got beat up, but had a running battle with Pythagoras. Wanted to get out of one
turkey town and wound up in another. Tractor Boy can bite back, too. Vices? A few....Okay, a lot.
Swiped Chesterfields from auntie's fridge and Buds from Dad's fridge. Both took inventory.
Intolerably angst-ridden most of the time, but... Ah, sweet sixteen! Then....then, it all begins to
momentarily fade away, as....

I now hear the tonal softening of "You're so extreme/ I want to take you home with me/ Come on, tell
me one more time/ I don't mind, baby, I don't mind/ I don't mind", and I'm again whisked away in a
head-snapping instant into the ether by the uneasy contiguity. I arrive back at a moment in time, a
moment of infatuation, one that seems to have no temporal boundaries, and I'm awash in an
overwhelming need to express my feelings and desires ...("Come and take a walk with me/I’m
looking for a partner" "Opportunities")....maybe something like.....

("Bewitched, Bothered, and Bewildered" [Rodgers and Hart for the 1940 Broadway musical "Pal
Joey"], as performed in Alan Bennett's "The History Boys" OST by Samuel Barnett after his
(Posner's) "I'm a Jew...I live in Sheffield...." "confessional". He summons up the courage to sing this
love song (to Dakin) in class (!), and, together with impeccable piano accompaniment, it is
breathtaking. Also listen to Barnett's charming short and long "L'Accordeoniste" in the footnotes).

But the words, my own words, just the right words at this moment long ago won't reveal themselves.
Tacking along the teenage tripwires of confusion and clumsiness, I imagine myself saying "Stop the
car Fergie [Jim, best friend ever, class clown, blue eyes]. I want to tell you something. It's a secret."
There were signs, lots of signs. Would it have worked out as it did for Buddy and Eric Forman?

I don't know. It was 1959; we were both 16. My mother went berserk over finding a couple of
cigarette butts in my room. Oh the hysteria, the sobbing, the hand-wringing! (Tractor Boy purses
lips, crawls inside the safe house of his head and thinks "Don't push me; you don't know me.") And
what would Fergie's homburg-wearing, Lincoln-driving big shot daddy say? That's pretty much a
no-brainer. So, no car stopping that day. I clammed up, didn't even try, adding up to yet another
regret these many years later. No second chances, but boys don't cry. Or, do they?

(More Joseph Gordon-Levitt (Chris Pratt), "The Lookout" (2007). These three scenes follow this
order 1) Crash Flashback Meltdown, 2) I Wake Up, and 3) Shotgun Blast. West 24 (scene 1 and 3) is
symbolic. Chris was the driver. The notebook is Chris's memory tool. The actor goes somewhere
deep to pull off these very disturbing scenes. Gary Spargo is gut shot, mumbles some audible words
that appear to have been edited for general audiences. Therefore, I'm including the Shotgun Blast
scene because it completes the plot condensation, and it's Chris's point-of-no-return, his redemption,
of sorts.)

Well, I think it's about Sinatra time ("I know it's a fallacy/That grown men never cry/Baby, that's a
lie/We had our bed of roses/But forgot that roses die/And thank you so much"). ("Chained, framed,
you know what I mean")....Yes, I think I do, Neil. Here, now, is the elegant extended mix of "One
More Chance" (re-recorded for Actually in 1987):

It's your turn to let the artists take control and cast their spell, allowing you to wander into the
interstices of introspection, perhaps the nethermost reaches. I give you three very different songs:
"Where The Streets Have No Name/(Can't Take My Eyes Off You)" (songwriters: Bob Crewe and
Adam Clayton, U2 1987, The Joshua Tree; this PSB version, 1990), then "Integral" (PSB
Fundamental, 2006), and, finally, "The Sodom & Gomorrah Show" (also Fundamental, 2006). I've
listed some keywords that might be "hot buttons," but the process was purely stochastic.

However, like Columbo, I'd like to interject the writer's pen just once more. In a musical context, it
seems odd that songs telling completely different stories can have virtually the same effect. For me,
such is the case with the Boys' interpretation of the first noted song ("I want to run, I want to hide")
which, again, for me, plays on the same sweet spot as The Highwaymen's interpretation of "The
Highwayman" ("I was a highwayman/along the coach roads I did ride...." [Willie's stanza). Can't
really explain my response, but I can tell you that it looks and sounds just like this: (Six Days Seven
Nights, Maketea soundtrack, David Schwimmer)

To test the phenomenon along the gradient of your "introspective journey", here are the two tunes
side-by-side. The Highwaymen first perform for a Live at Farm Aid concert in 1993, followed by the
Boys' extended version of "Where The Streets Have No Name (Can't Take My Eyes Off You)" from
the album Behavior, 1991[skip ads]:

Now, you're on your own:

3.
"way of life"; "death and destruction"; "everything you need"; "sun, sex, sin"; "divine
intervention"; "instruction"; "time to play"; "liberated atmosphere"; "change"; "once-in-a-lifetime":
Finally, here is "The Sodom and Gomorrah Show", stirringly live from the Cubism tour (see my post
"The Ingenuity of Cubes"):

THANKS BOYS...FOR THE MEMORIES... I FEEL BETTER NOW.

Now we come to the close. I chose the song below because 1) I wanted to; 2) it seemed fitting given
my reasoning and sentiments in proving out the premise of the post; and 3) it serves as a small
reminder of those for whom the '80s became a monstrous tragedy.

**Final scenes of "Manhattan" (1979, Ruby Anniversary). In the very last scene, note how
masterfully Allen (Isaac) reacts on close-up, as he struggles to convince Tracy he was wrong. As he
approaches the doorway, the song that fades in is George and Ira Gershwin's "They're Writing Songs
of Love, But Not For Me". After this clip, Elton John will sing this song in its classical entirety. 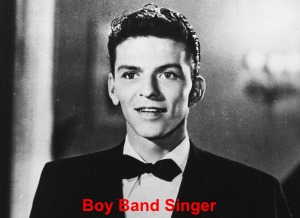 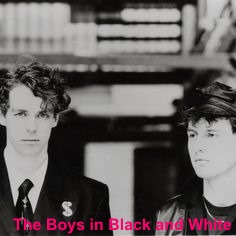 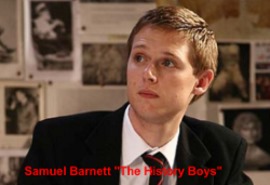 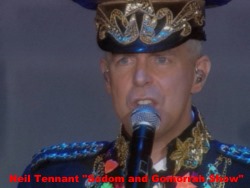 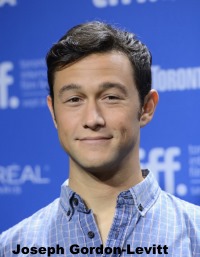 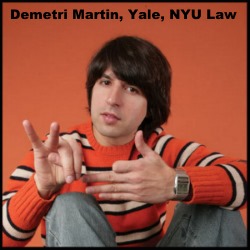 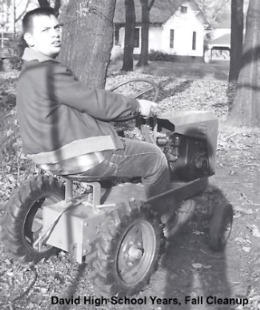 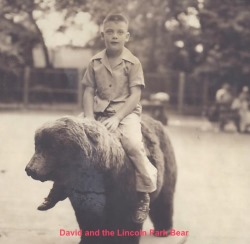 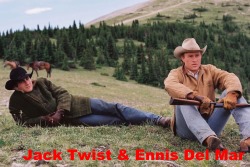 Is this in English?
Just for the sake of it, make sure you're always frowning.

This guy clearly needs help or is just taking the piss. You decide..
There is beauty in ugliness and ugliness in beauty.
Top

Don't give him ideas for crying out loud!

I never thought I'd see Julius Ceasar, Johan Cruff and Kajagoogoo in the same sentence..
There is beauty in ugliness and ugliness in beauty.
Top

Warning, do not feed the troll 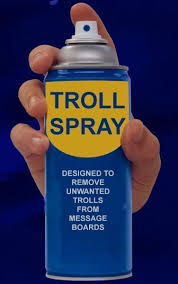